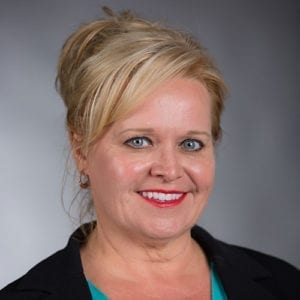 Dr. Maj received a BSc (Hons.) in combined Biology and Chemistry from Brock University in St. Catherines, Ontario, Canada. She completed a MSc in Biological Sciences from Brock University as well and earned a PhD in Biochemistry from the McMaster University in Hamilton, Ontario, Canada. Post-doctoral research was realized at The Hospital for Sick Children in Toronto, Ontario Canada. Concurrent to this research, Dr. Maj was awarded a fellowship with the Canadian College of Medical Genetics to study biochemical genetics.

Dr. Maj joined St. George’s University in July 2011 as an Associate Professor in the School of Medicine, Department of Biochemistry. In addition to teaching, Dr. Maj is has continuing research projects on: Mechanisms of the dysregulation of Pyruvate Dehydrogenase Complex; Generation of Reactive Oxygen Species in Early Onset Parkinson’s; Mechanisms of Drug Candidates Which Stimulate Mitochondrial Activity and Disease; The Inhibition of Adenosine Kinase as a treatment for Epilepsy.

M.C. Maj, B. Singh and R.S. Gupta (2002) Pentavalent ions dependency is a conserved property of adenosine kinase from diverse sources: identification of a novel motif implicated in phosphate and magnesium ion binding and substrate inhibition. Biochem. 41:4059-4069.

Mechanisms of the dysregulation of Pyruvate Dehydrogenase Complex<

Mechanisms of Drug Candidates Which Stimulate Mitochondrial Activity and Disease

The Inhibition of Adenosine Kinase as a treatment for Epilepsy